When I woke up that morning, Akayla wasn’t at her post. She should have been monitoring the rhodium miners and scanning the maps for possible new mining locations. We had automated systems for that, but sometimes the automated systems were wrong and human input allowed us to catch costly mistakes. Redundancy was important. Redundancy was what made the whole mining operation work. She knew that. When I checked the monitor I learned that she was outside home base, approximately 115 meters SW. She did not respond to com. END_OF_DOCUMENT_TOKEN_TO_BE_REPLACED

Every day Jerry started writing a new novel in the hope that the next day he would find his efforts worthy enough to continue. This never happened. Yesterday’s writing was always Yesterday’s Writing, old and dull and foreign from the new day’s line of thinking. He had been a salesman for thirty-five years, and he knew from experience that when one prospect appeared the least bit flat it was better to look in a new direction than try to import a mountain. So every day Jerry turned and indeed didn’t have to look far before he found something new to get his typing fingers moving. Writing was easy.

After a few months, however, it struck him that he had so many beginnings of novels collected in a stack by the side of his typewriter that he may as well explore the market for beginnings. Why not? Perhaps someone had assembled a similar collection of endings, or a whole lot of middles, and were actually in need of beginnings. Granted, his beginnings were not first-rate, but they were in sufficient quantity to give a prospective client an appetizing variety to choose from. So attractive was this marketing idea, and so tired was he of writing beginnings, and so in the mood was he for frivolous travel, that he straight-away packed up his beginnings in a black leather briefcase and went out to put them before the public eye. END_OF_DOCUMENT_TOKEN_TO_BE_REPLACED

Two guards: one thin and quick, the other large and impassive. The quick one leafs through my passport, asks about plans, business dealings. He pockets my passport, smiling cruelly. The big one sighs, retrieves my passport for me and lets me through.

Who is it tonight? The quiet one, all darting eyes and monosyllables? The bore, spouting barely understood scientific theories? The smiler and nodder? The nerd? Maybe, just maybe, the interesting one?

Which version of myself showed up?

Oh, right, the distracted one.

You can’t fix a person like you can a car. Take this fuel pump. I just went down to the auto supply store and bought it. For a car, the fuel pump is like its heart, right? And you can’t just take someone’s heart out and put in a new one.

Well, yeah, nowadays you sort of can. But you know what I mean! END_OF_DOCUMENT_TOKEN_TO_BE_REPLACED

The 6-year-old teeters on the edge of the couch, gravity-defying plastic bag wings outspread. The 9-year-old folds her arms and declaims the stupidity of the enterprise. The 42-year-old enters and pauses, not sure whether to shut down the equation or just watch. 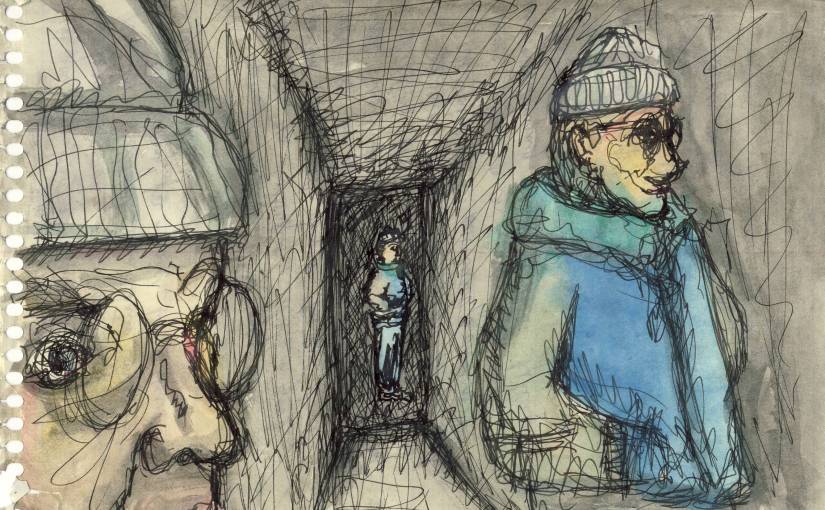 David was nearsighted.  At the age of twelve he received his first pair of glasses. He carried them in a case in his backpack, and when the teacher wrote something on the chalkboard, he retrieved them discreetly and placed them on the bridge of his nose.  If possible, while taking notes, he kept his left hand on his glasses in order to take them off as soon as the teacher stopped writing on the board.  He hated his glasses. END_OF_DOCUMENT_TOKEN_TO_BE_REPLACED

We’re waiting and joking anxiously outside the famous pizzeria. A meekly smiling man shuffles through, extending an upturned hand to each. A woman averts her nose. My hand stays in my pocket. Before leaving he frowns in genuine despair over his shoulder. 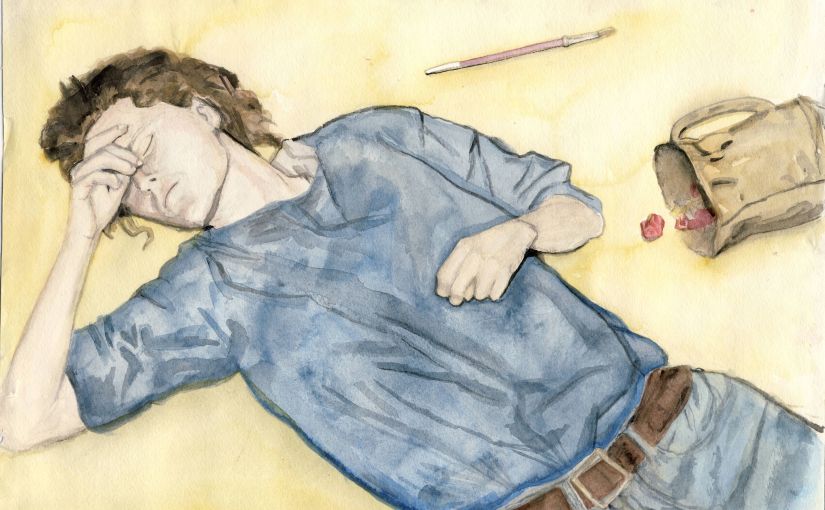 We mixed it with coke and read aloud the only play we had with two copies. “Thrift, Horatio!” “To a nunnery, go!” We stumbled, spake, drew swords. Morning found retched scrambled eggs on my bedroom rug. No method in it but friendship.

As Dr. Baskin strapped me in, her face was twisted uncharacteristically, but I couldn’t tell what emotion it conveyed. Was she holding back tears or just concentrating on getting the tension right? When she was done she paused, which in itself was strange in the midst of the efficient, hyper-kinetic whirlwind of preparations that were underway. A smile flickered across her face. “Little monkey,” she breathed, before looking at her watch and turning away suddenly as if sucked back into the machinery of launch preparation. END_OF_DOCUMENT_TOKEN_TO_BE_REPLACED